Downtown and Oliver condo prices and average days-on-market are up in September of 2014, while number of sales and inventory are down.

The average selling price (excluding the Penthouse sale) was up by 6.2% from last month and up by 10% from September of 2013 (mostly due to high volume of expensive condos that have sold this month). The price per square foot was up at $308 from $302. The inventory has decreased from 180 to 170 condos available. The average selling price was $320,216 and average list price $331,857 and $319 per sq ft. Current days-on-market are 54 days while sold-to-list price ratio stands unchanged at 96%.

The current absorption rate for Downtown and Oliver condos as of today stands at 2.9 months compared to 2.7 last month.


All the information in this article has been provided by Realtors® Association of Edmonton!

Are you curious what your condo is worth in the current market?  Find out for FREE! <<< click 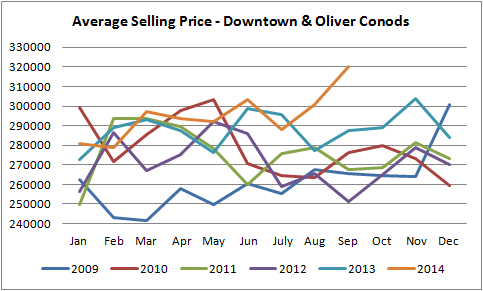 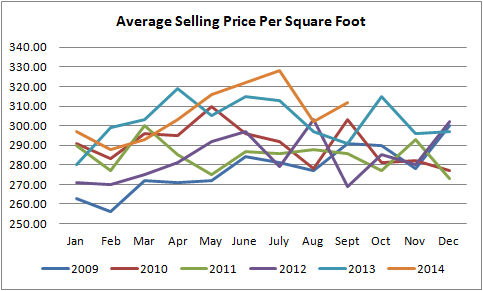 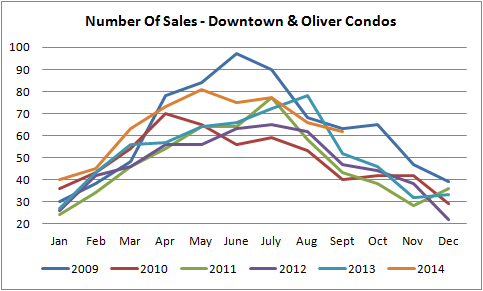 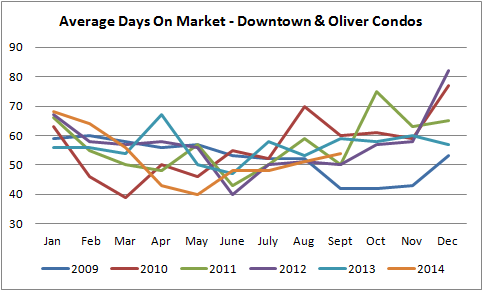 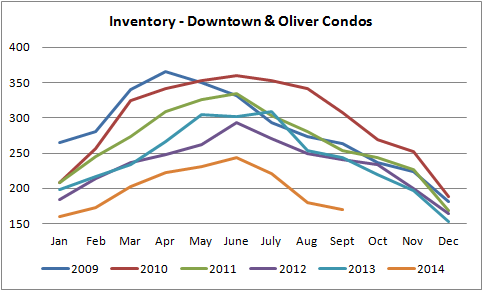 Brought to you by: Downtown Edmonton Real Estate Blog
Posted by Derek Hulewicz at 10:37 AM