Downtown & Oliver number of sales and inventory are up in April of 2014, while average days-on-market are down and average selling price unchanged!

The current absorption rate for Downtown and Oliver condos as of today stands at 3.0 months compared to 3.2 in April. 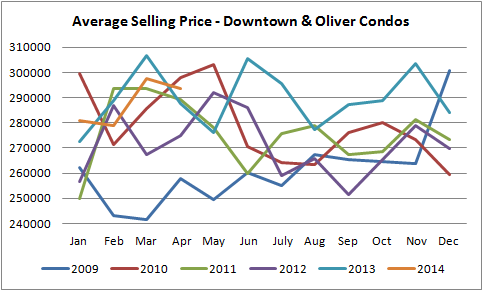 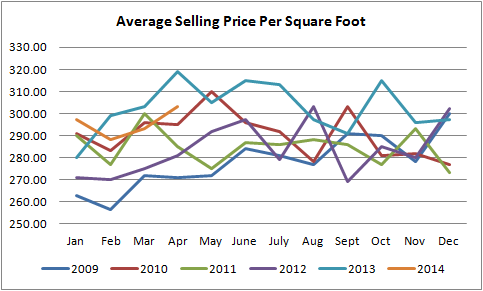 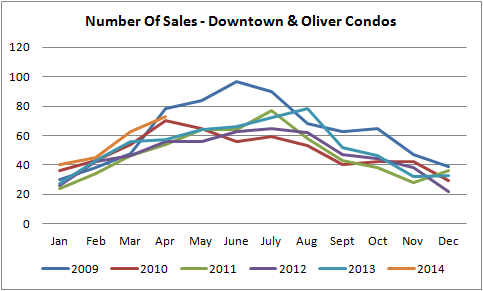 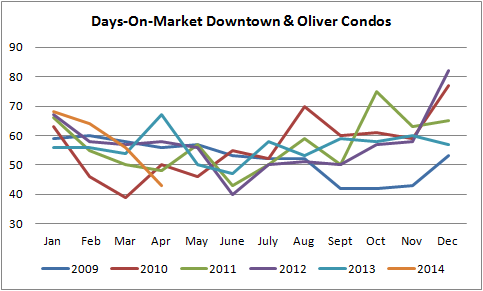 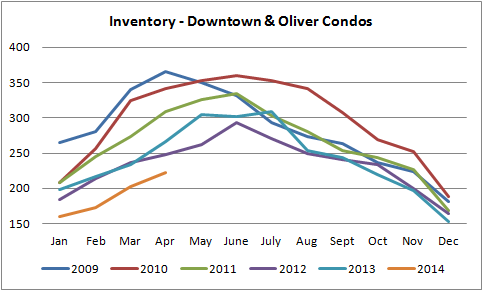 Brought to you by Downtown Edmonton Real Estate Blog
Posted by Derek Hulewicz at 2:23 PM No comments:


BREATHTAKING VIEWS!  This 19th floor ample one bedroom high rise condo is perfect for  students or young professionals.  Features include: hardwood floors, stainless steel full-sized appliances, IN-SUITE LAUNDRY, walk through closet, covered parking stall, and assigned storage room.  All utilities are included in condo fees, except power. The Legacy offers two elevators, an exercise room, bike storage, plenty of visitor parking, and a bus stop right outside the front door!  Within walking distance to two LRT stations, Grant MacEwan, Farmer's Market, and the future ARENA visible from the balcony!  Quick access to NAIT and U of A.  Be part of Edmonton's Urban Epicenter! 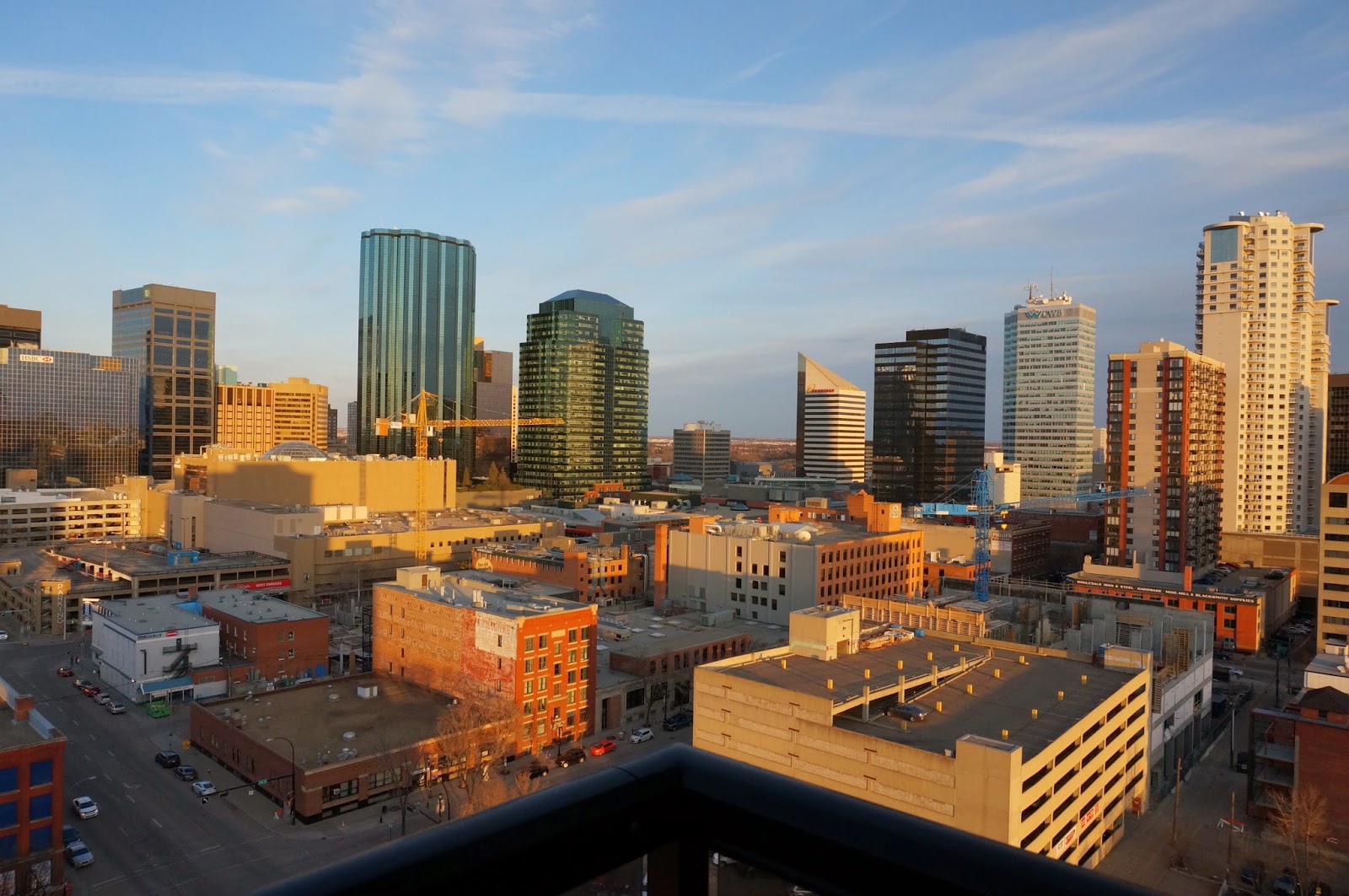 Posted by Derek Hulewicz at 8:40 AM No comments: