Downtown & Oliver condo prices are slightly up in August while inventory and number of sales are down!
58 condos have sold through the MLS® System in Oliver and Downtown in August of 2011, 25 percent less than last month and 8.8% more than in August of 2010. The selling price ranged from $80,500, one bedroom 441 square feet unit in the Crown Royal, to $724,000 two bedroom 1,604 sq.ft. condo in the Grandin Green high rise.

The current absorption rate for Downtown and Oliver condos as of today stands at 4.8 months. 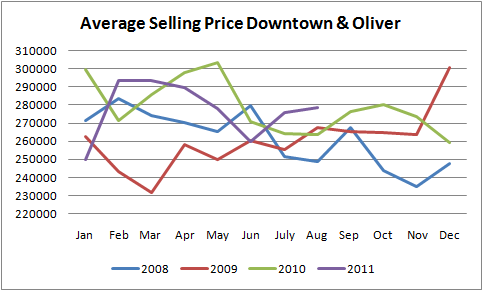 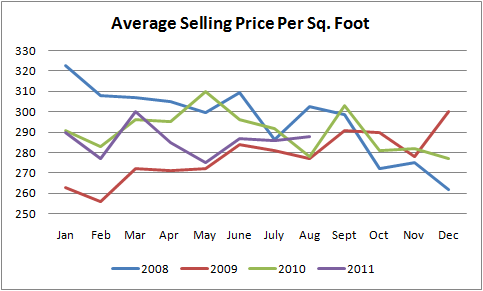 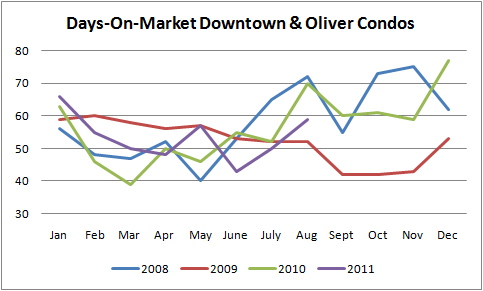 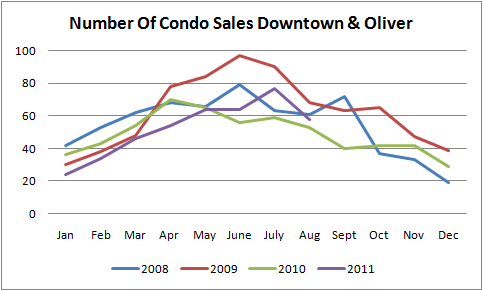 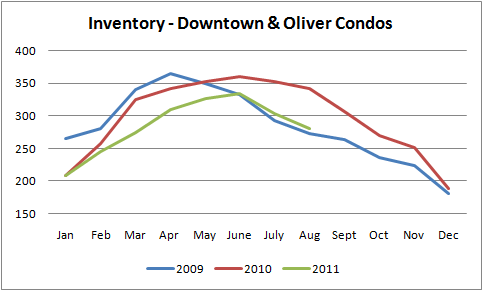