Downtown & Oliver condo prices are slightly down while number of sales and inventory are up.
54 condos have sold through the MLS® System in Oliver and Downtown in April of 2011, 15 percent more than last month and 23% less than in April of 2010. The selling price ranged from $105,100, one bedroom 542 square feet unit in the Sidhu Manor, to $745,000 3 bedroom two storey 2,228 sq.ft condo in the Arcadia high rise.

The current absorption rate for Downtown and Oliver condos as of today stands at 5.7 months. 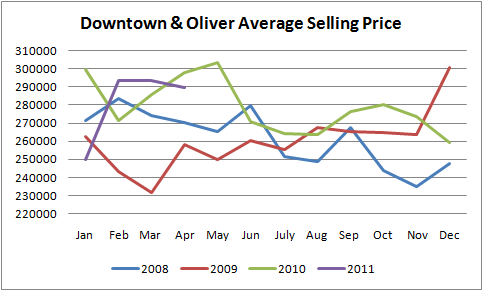 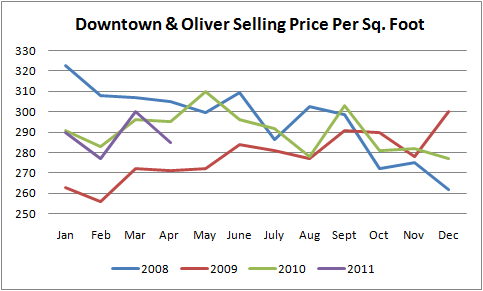 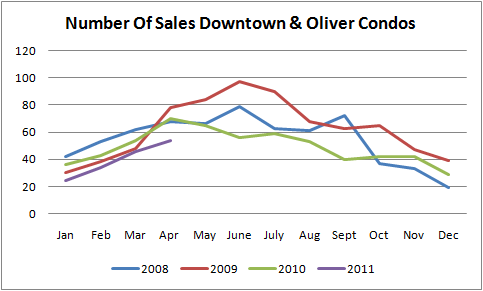 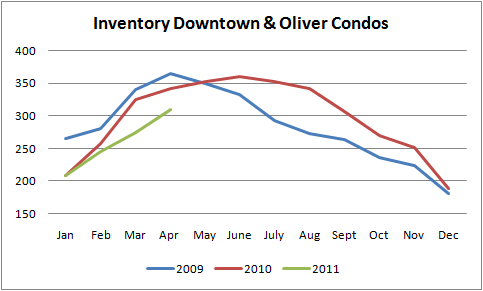 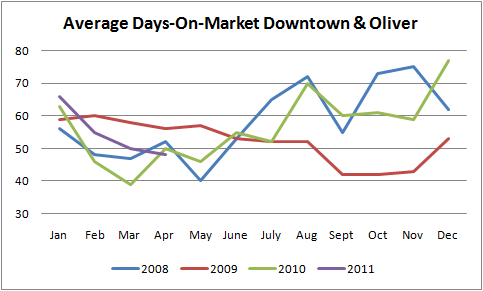 Downtown Condos For Sale
Oliver Condo for Sale
Posted by Derek Hulewicz at 8:02 AM