Downtown & Oliver condo prices and number of sales are down slightly in January!

The average selling price was down by 3.6 percent from last month while inventory has increased from 188 to 208 condos available, identical as to last year’s. The average selling price was $249,945 and $290 per square foot and average list price $261,274 / 302. Current days-on-market have decreased to 66 from 77 days while sold-to-list price ratio was identical at 95%. The current absorption rate for Downtown and Oliver condos as of today stands at 11.5 months. 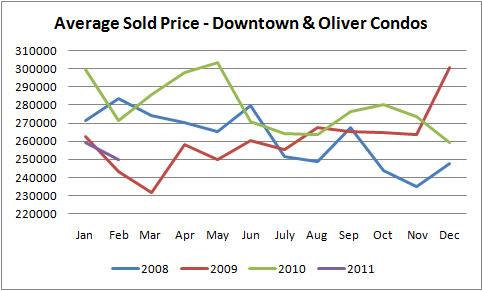 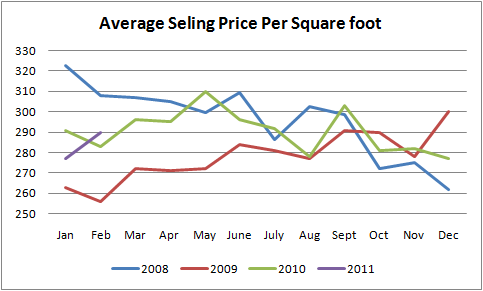 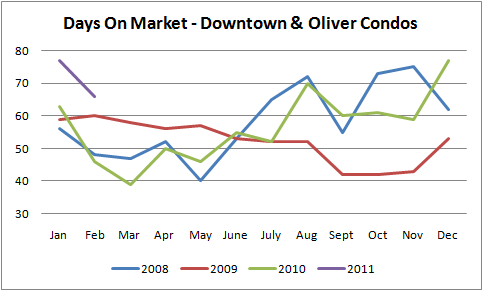 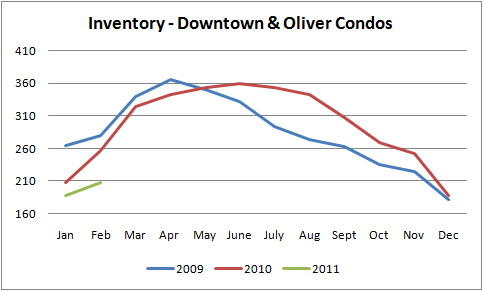 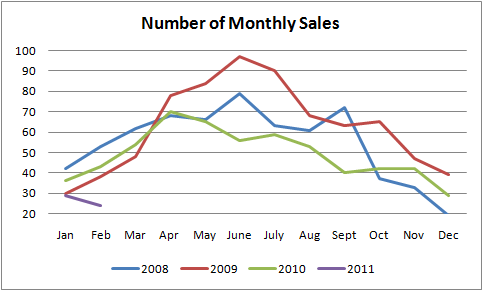 Posted by Derek Hulewicz at 6:56 PM