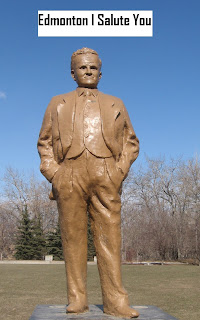 Edmonton, City of Champions and also known as a gateway to the north, has been named by the Responsible Hospitality Institute as the most Sociable City in North America. Downtown, Whyte Avenue and West Edmonton Mall was one of 13 entertainment districts which were awarded.


“The cities that received awards are outstanding models for planning and managing nightlife. Their city leaders are at the forefront of innovation for harnessing dining and entertainment as an economic engine to drive revitalization and increase city funds,” said RHI president Jim Peters.

It's a good news that is needed not only for our city but also for the province, despite most recent statement by Ontario Environment Minister John Gerretsen at the UN's climate meeting in Copenhagen describing Alberta's oil sands as an embarrassment.

Way to go Edmonton !
Posted by Derek Hulewicz at 10:07 AM