Many of us wondering what is to become of the old downtown brewery. Molson Edmonton has been closed for over two years now. Located on 104th avenue and 121st street, east of Glenora Gates condos, the brewery had been operating from 1913 until August of 2007. It was first financed in 1913 by politician and businessman William Henry Sheppard a former mayor of Strathcona and was acquired by Molson in year 1958.

So it sounds like the city has big plans for the old Molson’s buildings.  I hope they will follow through.  Edmonton Journal has published an article where it stated that a Vancouver-based company, which plans to eventually develop the site, has acquired the brewery. The entire area has been under ongoing historic review by the city and the province. The plan is to develop the site with housing, retail stores, offices and restaurants while maintaining its historical charm. 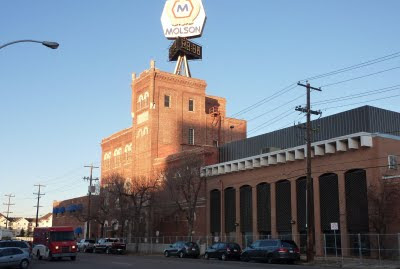 As of now, the site stands empty, with a chain link fence around and no sign of construction. Some say, that the decline in real estate pricing since July of 2007, construction costs and global recession, had postponed the project by few years. I would agree and think is just matter of time, as Edmonton’s market conditions are improving and development costs make it more feasible to redevelop now. 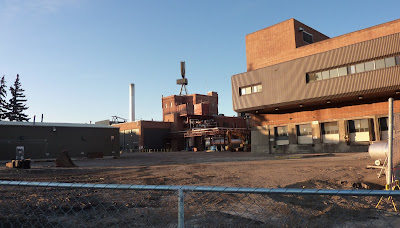 If you have any information regarding this project, you are welcome to comment.

Posted by Derek Hulewicz at 6:25 AM

The merger with the brewing industry in the economic development of the site can also lead to the strengthening of supporting industries in the same place in which to compete for larger market depends on industry.

My fiance wants to take photos at the site in July 2012. I mainly wanted to see what's left. It's too bad that there is chain link surrounding the site. Maybe the city would let us have access to take a few photos...such an interesting idea he had, I couldn't say no...