The condo prices per sq.foot for Oliver and Downtown Edmonton have increased by 6% in March compared to February of 2009. There were 47 condos sold through MLS® under 500K with an average listing price of $243,995 and sold price of $233,160. The average sold price per sq.foot was $273.00, 11% decrease compared March of 2008. The average percentage ratio of listing to sold price was 95%.
Is the market going up ? It is most likely to early to tell based on a one month performance. The next couple months ahead should definitely give us a better picture. 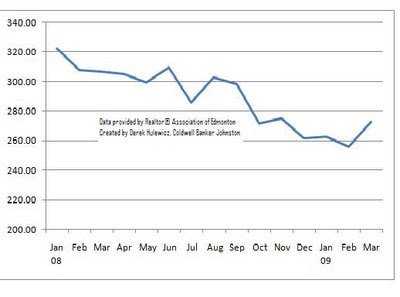 Monthly number of Downtown and Oliver condos sold under 500K 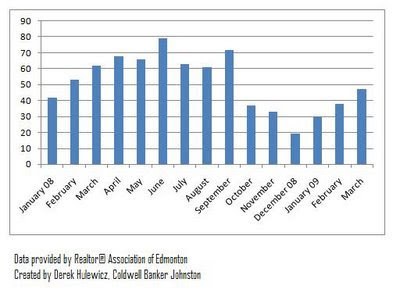 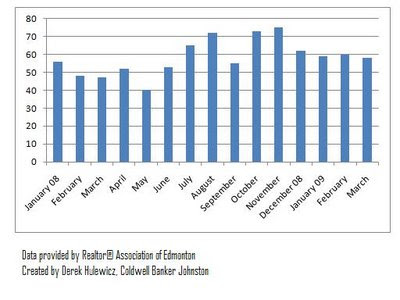 Posted by Derek Hulewicz at 9:20 AM